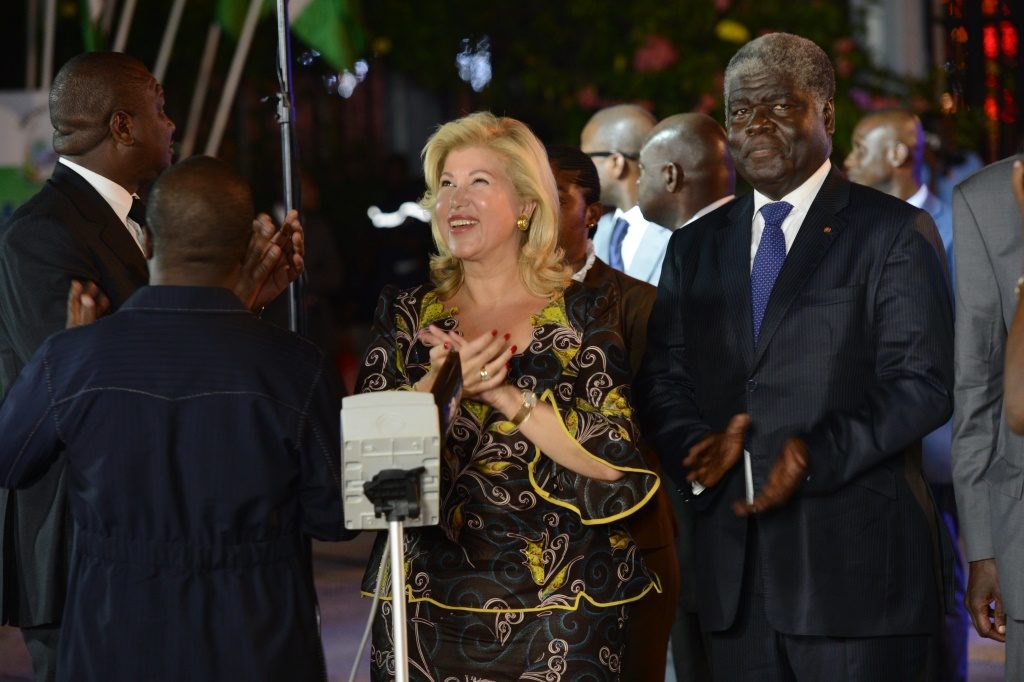 Abidjan has adorned her dress light. The launching ceremony of the 3rd edition of Abidjan City Light has taken place, Thursday, Dec. 19, 2013, on the Esplanade District Hotel of Abidjan. Like the previous years, the ceremony was under the patronage of the First Lady, Mrs. Dominique Ouattara. After the launching of the illumination of Abidjan, the wife of the head of state has set the tone for end-year celebrations. She offered bonds worth a total of 3 million to the various mayors to enable them to ensure a magical end-year celebration to the children in their different localities.

For this edition, the wife of the head of state has offered bonds worth 3 million CFA francs to each municipality in the District of Abidjan to allow the Mayors

The Ivorian First Lady had at her side, at the event, the Minister of Interior and Security, Hamed Bakayoko, the Minister to the President of the Republic in charge of Defence, Paul Koffi Koffi, the Minister of Higher Education and Scientific Research, Ibrahima Cissé and many other government and illustrious personalities.