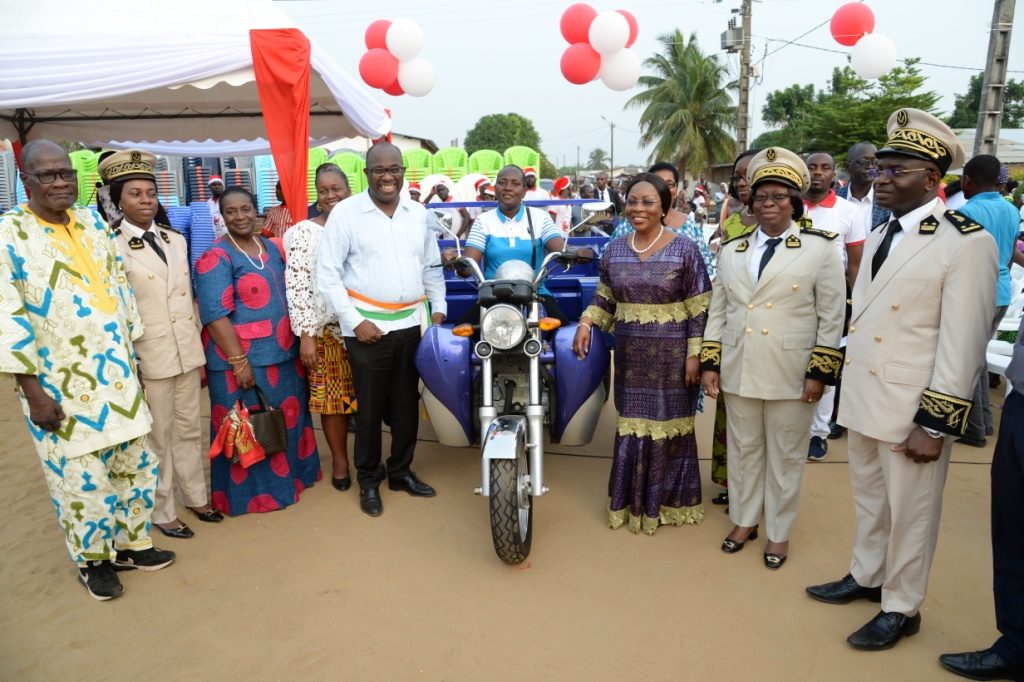 Every end of the year, First Lady Dominique Ouattara spent Christmas night in prayer and meditation.

After her festive Christmas tree at the Presidential Palace in Plateau last Saturday, Mrs. Dominique Ouattara went to Assinie on Monday, December 24, 2018, to take part in the celebration of the Christmas service at the Saint Therese church of Assinie.

The service began at 18h00 with the arrival of the First Lady at the Saint Therese church. The service was said in the presence of several personalities including Minister Eugène Aka Aouélé, Minister of Health and Public Hygiene, also, President of the Regional Council of South Comoé,     M. Danho Claude Paulin, Minister of Sports, M. Alain-Richard Donwahi, Minister of Water and Forests, Nanan Fian Messou 5, King of Essouma and many other personalities and local dignitaries.

During his preaching,  Niamkey Emmanuel, the priest officiating the service asked people to practice humility and help the weakest in the image of Christ. At the end of the service, the First Lady took the opportunity to wish a merry christmas to her fellow citizens.

“We had a very good Christmas service in the village of Assinie. As always, it’s a great moment of pleasure.  For this Christmas night, I encourage all those who are desperate to keep hope. I wish to all those who are sick to recover their health. I also wish joy to those  who are sad. Finally, I wish peace for our country, for all the Ivorians and those living in Côte d’Ivoire, ” said Mrs. Dominique Ouattara.

In return, Niamkey Emmanuel praised the generosity of the First Lady and offered her a present on behalf of the community.