Accueil » Activités » CNS » Combating child labour: Dominique Ouattara was received at the US Department of State and US Congress

Combating child labour: Dominique Ouattara was received at the US Department of State and US Congress 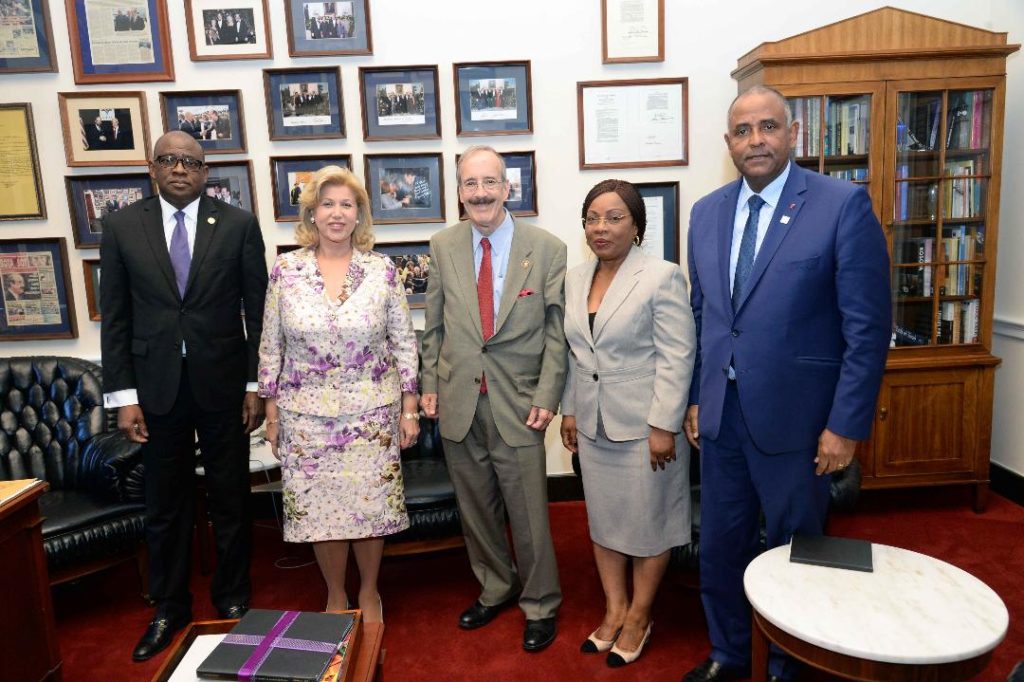 On Thursday, September 19, at the US State Department, the Under-Secretary of State for African Affairs, Tibor Nagy, granted an audience to the First Lady accompanied by the Secretary General of the Presidency, Minister Achi Patrick, the Head of the Ivory Coast Diplomatic Mission in Washington, HEM Haidara Mamadou and the Executive Secretary of the CNS, Patricia Yao.

The Under-Secretary of State had at his side Scott Busby, deputy Under secretary in charge of Democracy, Human Rights and Labour. The discussion focused on cooperation between Côte d’Ivoire and the United States of America to combat child labour in cocoa production.

Ms Dominique Ouattara and her delegation presented Côte d’Ivoire’s efforts to combat this phenomenon and requested the support of the Under-Secretary of State in order to avoid any ban on cocoa from Côte d’Ivoire.

In return, Mr Tibor Nagy welcomed this mission which is to  explain and raise awareness among the American authorities and the American administration, while commending the important work done by the Ivorian authorities to combat the worst forms of child labour.

“It was a very interesting meeting. We explained to him the work that we do to tackle child labour. They were well informed already and received us very well. Concerning the embargo threat, they promised to help us. The session was very friendly, we have mutual friends so we were able to speak in a very cordial way”, said Mrs Dominique Ouattara in a very optimistic manner.

A few hours apart, another place, another meeting with Congressman Eliot Engel at his office at the congress (Rayburn House Building), one of those who initiated the so called Harkin and Engel protocol which aims to reduce the worst forms of child labour in cocoa production by 2020 and to which Ghana and Côte d’Ivoire are signatories.

Reunion between two personalities who admire each other and who share the same fight.  Indeed, Mrs Dominique Ouattara, as at previous meetings, came to review the commitments and initiatives at the Congress, from which the country has always benefited. In return, Congressman Engel said he was happy to see it again and welcomed Côte d’Ivoire’s efforts. He assured the First Lady of his support for her noble struggle.