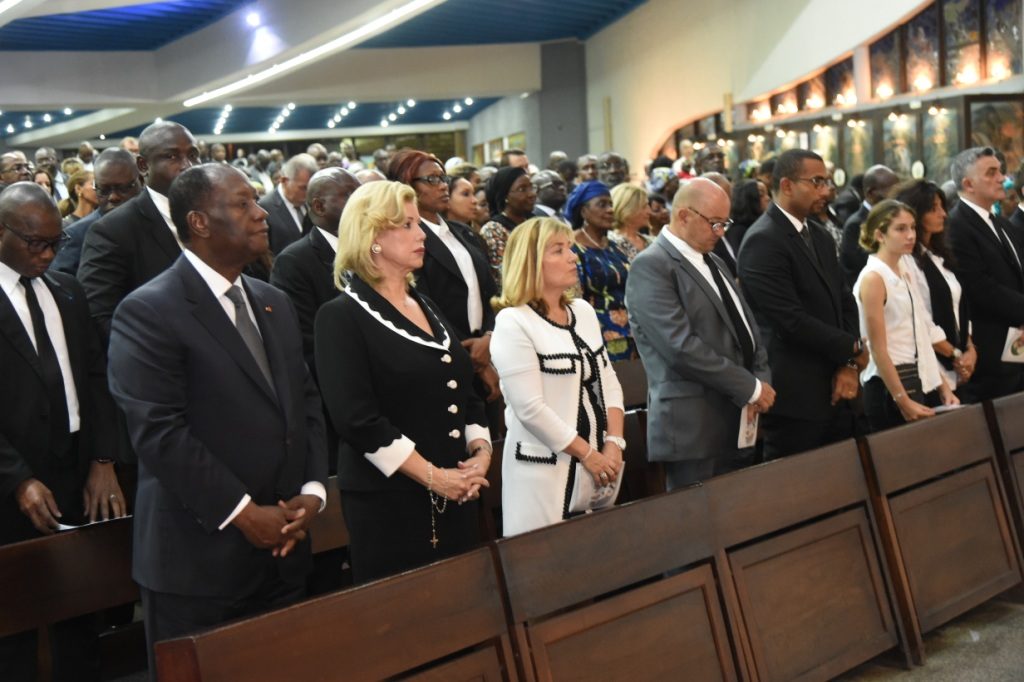 Passed away in “Sanary sur Mer” on November 23rd, Guy Georges Nouvian, father of the First Lady, Dominique Ouattara was buried on November 28th. Hardly hit by this disappearance, the parents, friends and acquaintances of the presidential couple wished to testify their comfort on Wednesday, December 7, 2016, to the grieving family. It was on the occasion of the thanksgiving Mass celebrated for the rest of the soul of the departed, at the Saint Paul Cathedral of Abidjan. Many personalities of the government, the institutions of the Republic, the Armed Forces of Cote d'Ivoire, the chancelleries and simple anonymous wanted to express their support and condolence to the presidential couple. At this ceremony, the First Lady was accompanied by President Alassane Ouattara and by the members of his family.

Mrs. Véronique Nouvian Pandovani, sister of Mrs. Dominique Ouattara expressed the acknowledgment and gratitude of the grieving family to the people present at their side during this painful event.

Cardinal Jean Pierre Kutwa expressed the condolences of all religious denominations to the presidential couple and to the Nouvian family and allies.

The Mass of thanksgiving was officiated by the Apostolic Nuncio Joseph Spiteri.