Death of the Father of the Presidential Couple’s Steward 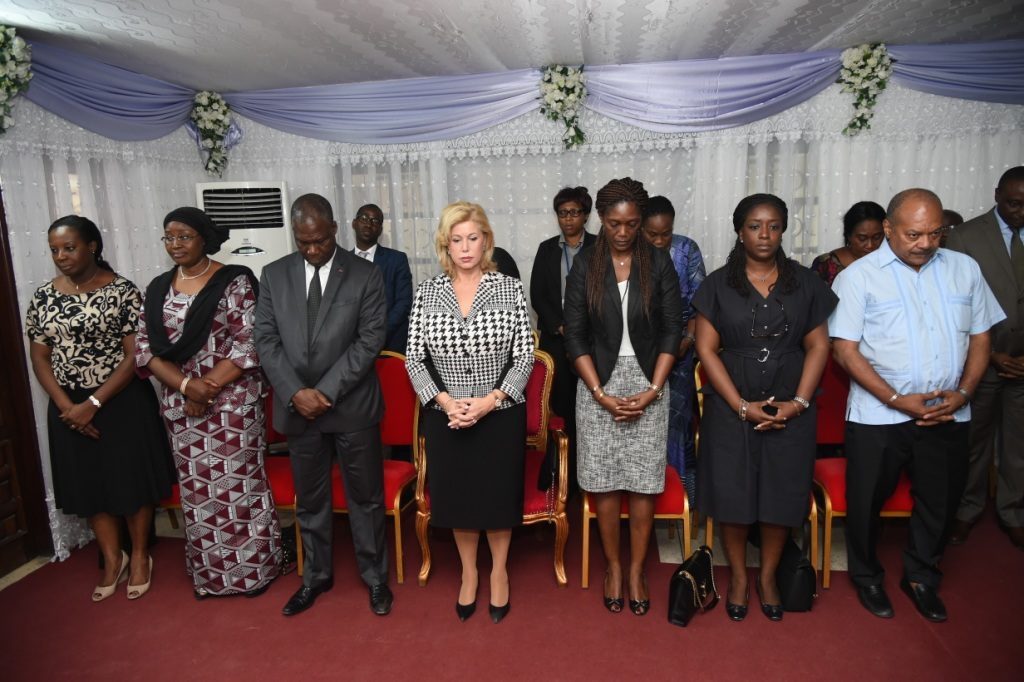 First Lady Dominique Ouattara presented her condolences to the Tanon and Meledje families following the death of Mr. Meledje Michel, father of Mr. Tanon Hervé, Intendant of the Presidential couple, on Thursday, December 8th, 2016 in Marcory Zone 4 at the home of the bereaved family. At the head of a delegation composed of Minister Maurice Kouakou Bandama, Minister of Culture and Francophonie, Mrs. Yolande Bakayoko, wife of Minister Hamed Bakayoko and many other personalities, the wife of the Head of State wished to bring the support of the presidential couple to the family of the disappeared. And this, in spite of the bereavement that strikes them following the death of his father, Guy Georges Nouvian, last November.

Mr. Meledje Michel died on October 7, 2016. He will be followed on Saturday, December 10 in Youhoulil in Dabou after a mass of requiem in the church of Saint Jean of the locality.