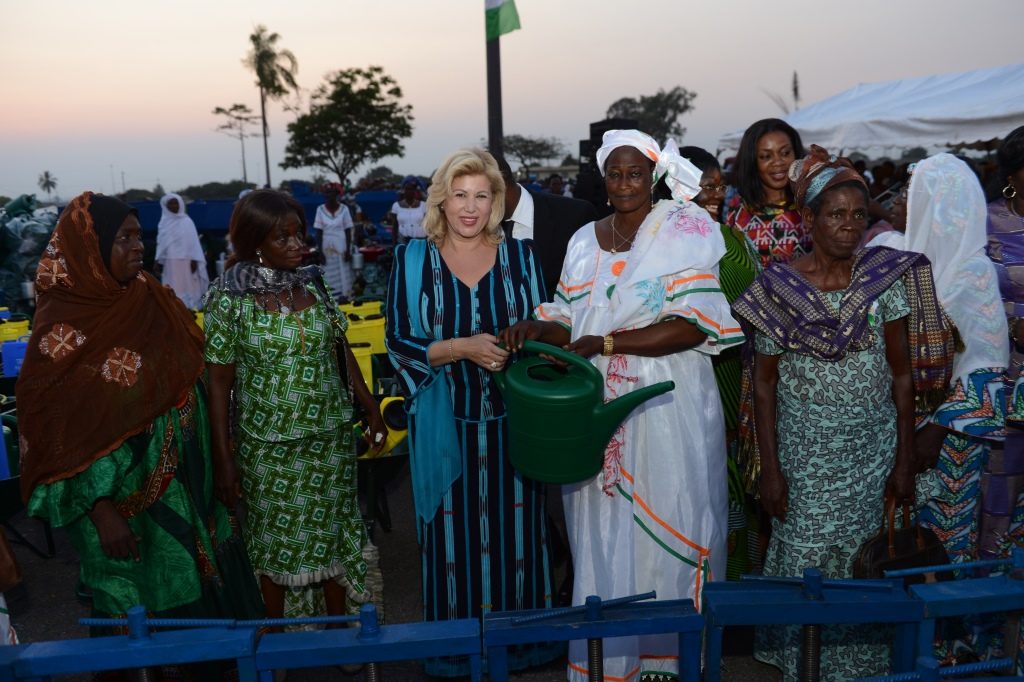 First Lady, Mrs. Dominique Ouattara has proceeded, Thursday, December 12th, 2013 on the esplanade of the Félix Houphouët-Boigny Foundation, with the delivery of 1,500 FAFCI checks to the women of the Bélier region (the region of the ram) and the District of Yamoussoukro. Thanks to this new wave of funding, 3,000 women of the District of Yamoussoukro and the Bélier region who got, up to CFA F 200 million of the financing of their micro projects.

Indeed, during the first phase of the Support Fund for the Women of Côte d'Ivoire ( FAFCI ), the Bélier region only got CFA francs 100 million of the funding. 1,500 women have benefited from funding for their activities during that first phase. Building on that success, additional funding of 100 million CFA francs has been granted to the region. So that 1,500 other women have seen their micro projects financed by the fund set up by the First Lady. An opportunity for local women to show their gratitude to their benefactor. In addition to the delivery of this funding, the wife of the Head of State gave them gifts in kind and in cash worth 115 million CFA francs. Specifically, the Gold heart Lady gave donations of food and equipment worth 110 million to the populations of the region. An ambulance and medical supplies have been offered to health centers. She also provided agricultural equipment to women's groups and cooperatives. Sewing and hairdressing equipment have been given to women's centers, as well as literacy kits for women's groups. Hardware, furniture, food and non-food supplies were offered to the region high schools, junior high colleges and school canteens. Mrs. Dominique Ouattara went beyond. To these in-kind donations, the first of Ivorian ladies has also offered CFA francs 5 million to her sisters.