Accueil » Activités » DJ Arafat has passed away: The First Lady expresses her condolences to the family

DJ Arafat has passed away: The First Lady expresses her condolences to the family 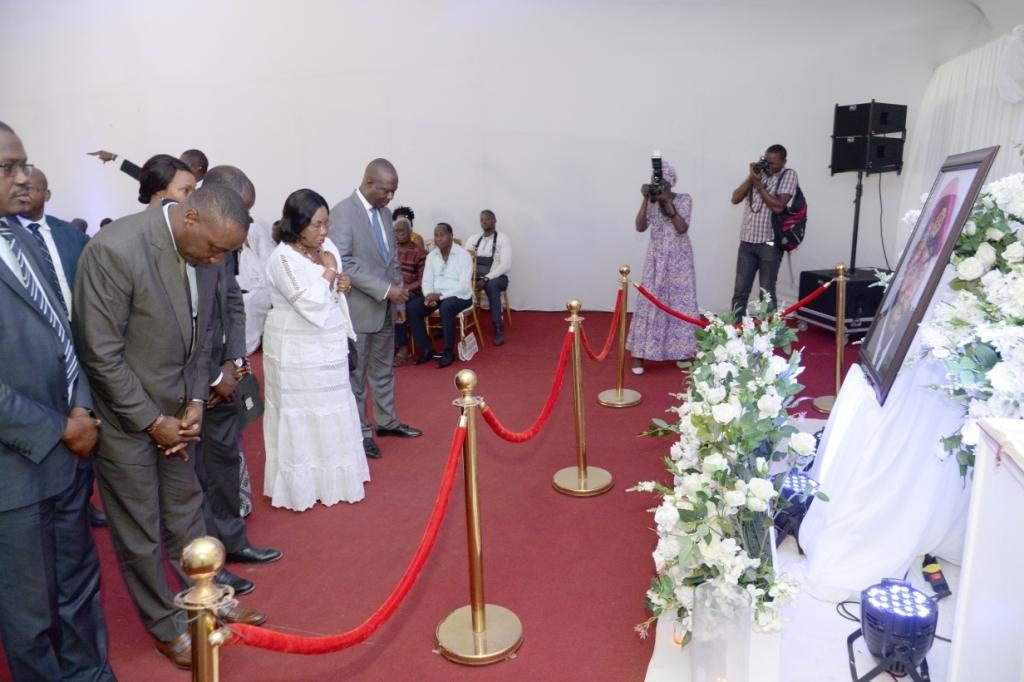 On Wednesday, August 28, 2019, the First Lady, Dominique Ouattara, expressed her condolences and those of President Alassane Ouattara to the family, widow and children of the coupé-décalé artist, Houan Ange-Didier known as DJ Arafat.

To this end, the First Lady sent her Chief of Staff, Mrs. Yao Patricia Sylvie, to head a large delegation of members of her cabinet.  Mrs Yao Patricia Sylvie was also accompanied by Mr Bandama Maurice Kouakou, Minister of Culture and Francophonie.

Like the whole of Côte d’Ivoire, the First Lady was affected by the tragic death of the singer. She also wanted to play her part in the funeral arrangements.    “The First Lady is out of the country, that is why she has decided to send her closest collaborator to express her condolences to the family. She heard the news when that particularly affects her. If she had not been out of the country at the time of the tragedy, she would have come herself to play her full part in the funeral arrangements” said the Minister of Culture.

Marc Zopo, spokesman for the bereaved family, thanked the Presidential couple for their support since the announcement of the artist’s death. “On behalf of the family I want to thank you for your support since the tragedy”. He then reminded of the funeral program.