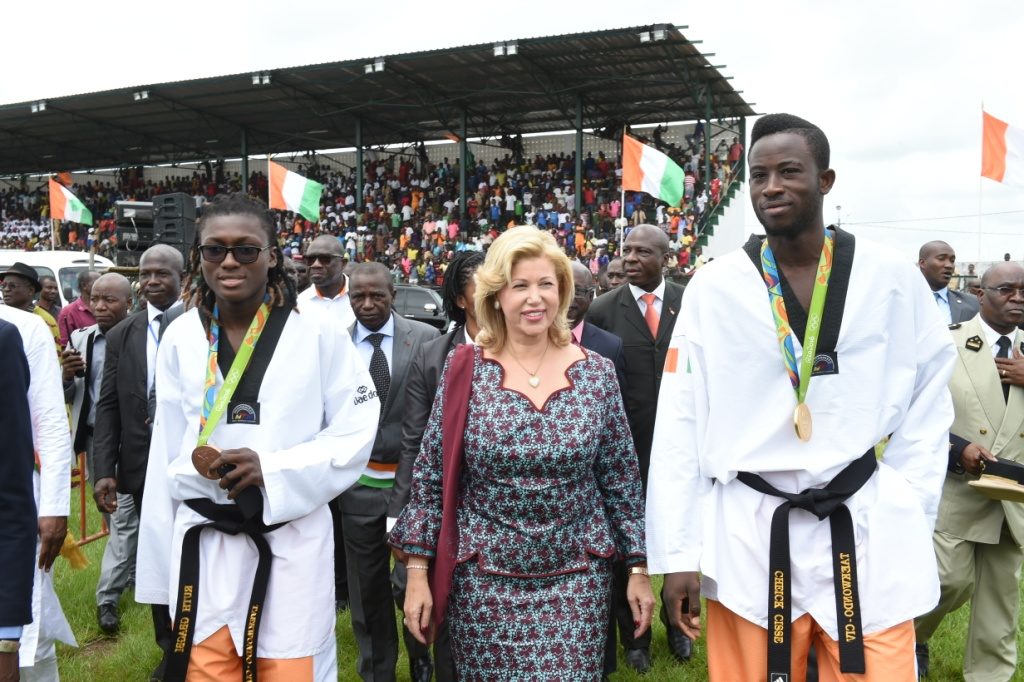 After their historic coronation at the Olympic Games in Rio de Janeiro, the population of Gagnoa, in all its component and beyond ethnic and ideological differences, has paid tribute to Ruth Gbagbi and Cissé Sheikh Sallah, both from the GOH region. The tribute ceremony, chaired by Mrs Dominique Ouattara, First Lady of Côte d’Ivoire, was held, Friday, October 7, 2016, in a packed Biaka Boda stadium. It was attended by several personalities including Louis André Dakouri Tabley, Minister of Water Affairs and Forestry and Chair of the event steering committee, Francis Albert Amichia, Minister of Sports and Leisure, Raymonde Coffie Goudou, Minister of Health and the fight against AIDS, Euphrasia Yao Kouassi, Minister for the Promotion of Women, Family and Child protection, Anne Desirée Ouloto, Minister of urban safety but, gentlemen Alou Eugene, Alcide Djédjé and Kadet Bertin, son of the region and officials of the former regime.The program for this celebration: technical attack and defense demonstrations, but also fighting skilfully orchestrated by the Tae Kwon Do Federation of Gagnoa and dance local Bété performances.