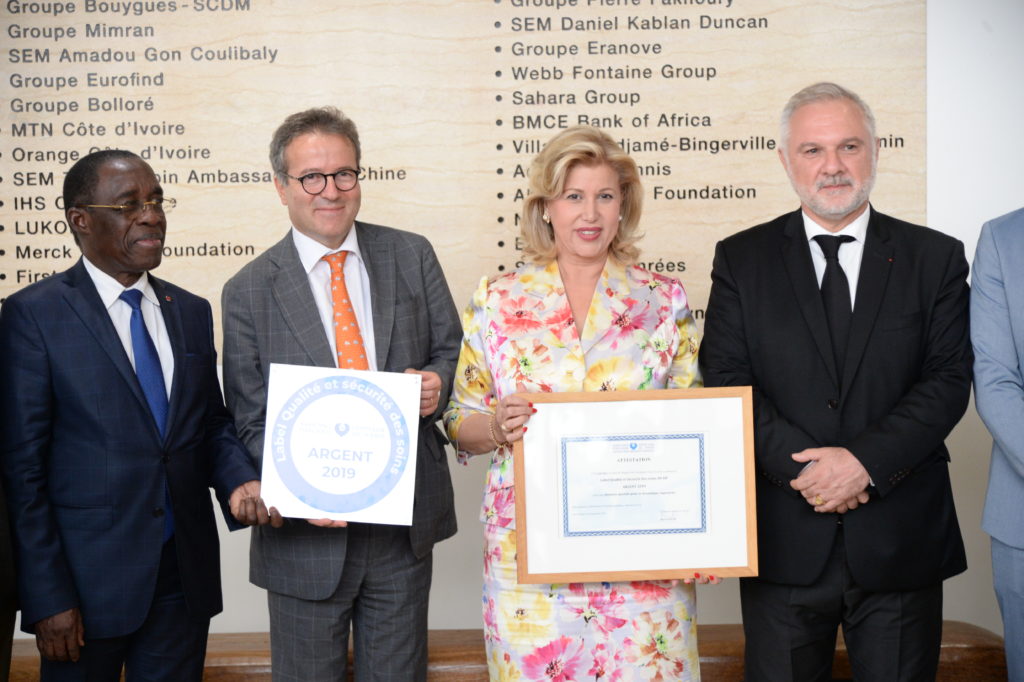 Eugène Aka Aouélé, Minister of Health and Public Hygiene, welcomed Mrs Dominique Ouattara’s commitment to improving the quality of care in Côte d’Ivoire. He mentioned the achievements and actions of the President of Children Of Africa for decades in the health sector.  For the latter, the awarding ofthe AP-HP silver quality certification is in line with the President’s policy for developing and improving care. Finally, he argued that this certification comes at the right time as the Government is preparing to officially launch the Universal Health Coverage (CMU).

Martin Hirsch, Director General of the AP-HP, took the opportunity to explain the process to obtain the certification and congratulate the MCH staff for their professionalism and dynamism.

Dr Nicole Perrier, Project Manager, also focused on the modus operandi of labelling. She congratulated the exceptional mobilization of MCH staff when the process was launched.

Hachim Diop, MCH Executive Director, congratulated his staff for the work done. He explained that the MCH of Bingerville has set itself the goal of improving the safety of care. “At the Mother and Child’s Hospital of Bingerville, we have to follow this guideline because it is part of our goal of providing  quality care to the Mother and the Child” he explained. He also congratulated Ms. Dominique Ouattara, because with her dynamism and love for excellence, she has been able to push the staff.

It should be noted that a cocktail party ended the ceremony.