On an official visit to Côte d’Ivoire 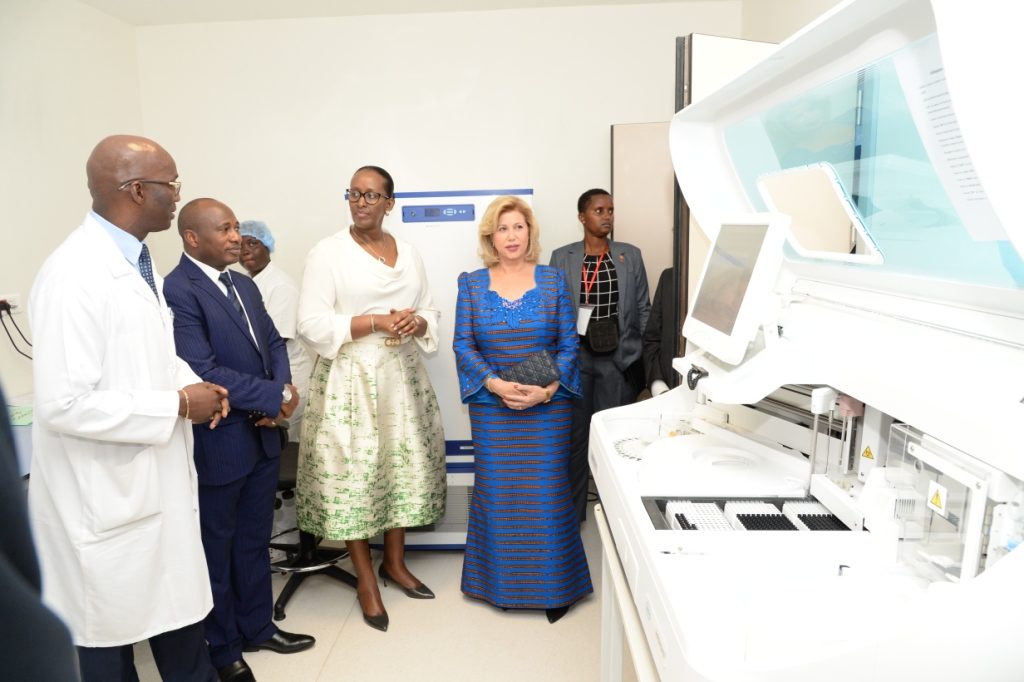 Rwandan President Paul Kagamé and his wife have been on official visits since yesterday in Côte d’Ivoire. On the sidelines of this visit, Mrs. Jeannette Kagamé, First Lady of Rwanda visited the Mother and Child’s Hospital in Bingerville on Thursday, December 20, 2018.

After their arrival at the Bingerville Mother and Child’s Hospital around 11 am, the two First Ladies began the ceremony with a guided tour of the hospital. After visiting the different units, Mrs. Dominique Ouattara and her distinguished guests went to the amphitheater of the hospital for the official ceremony. It recorded the presence of several personalities including Mr. Eugène Aka Aouélé, Minister of Health and Public Hygiene, Mrs. Raymonde Goudou Coffie, Minister of Modernization of the Administration and Innovation of the Public Service and Professor Ibrahim Sega Sangaré, Chairman of the Board of Directors of the Bingerville Children’s Hospital.