Accueil » News » Fasting of the month of Ramadan

Fasting of the month of Ramadan 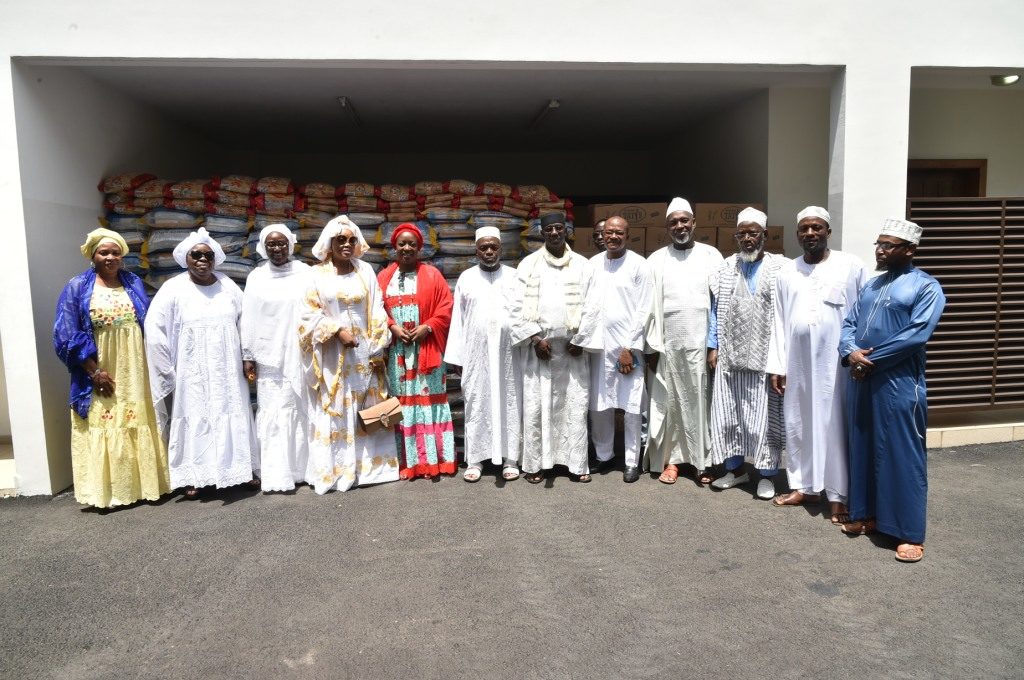 First Lady Dominique Ouattara donated 50 million CFA francs to Muslims for the start of the fasting of Ramadan. The donation ceremony took place on Saturday, May 19, 2018 at the office of the First Lady in Cocody.

The wife of the Head of State was represented at this ceremony by Mrs. Nadine Sangaré, Ivory Coast Director of Children of Africa Foundation. The collaborator of the First Lady had at her side at this highly religious meeting, Mrs. Rhokia Ouattara, younger sister of President Alassane Ouattara.

As in previous years, the recipients of donations of the First Lady made of sacks of rice, cartons of milk, pasta sachets, are mainly the mosques of the District of Abidjan and surrounding areas, the guides religious and Muslim associations numbering about fifty.

Nadine Sangaré, representative of the First Lady, translated the message of support and solidarity of Mrs. Dominique Ouattara. She said that through these donations the wife of the head of state hopes that Muslims will have a good month of fasting. She invited religious guides to recall Allah’s message of love to their community.

Sekou Sylla, the guest of honor at this ceremony, thanked the generous donor for her enthusiasm for solidarity. According to the latter, the commitment of Mrs. Dominique Ouattara to the poor population is well established. For all these benefits, he held on behalf of Muslims to thank the President of the Republic and his wife for all their actions in favor of the people.

Daoud Doumbia, spokesperson for the recipients of the donations, said that it is a duty to thank the First Lady for these constant requests to Muslims every year on the occasion of the fasting of the month of Ramadan.

Note this year that donations of the First Lady will be offered to religious guides, mosques in the District of Abidjan and the interior of the country and 50 Muslim associations.